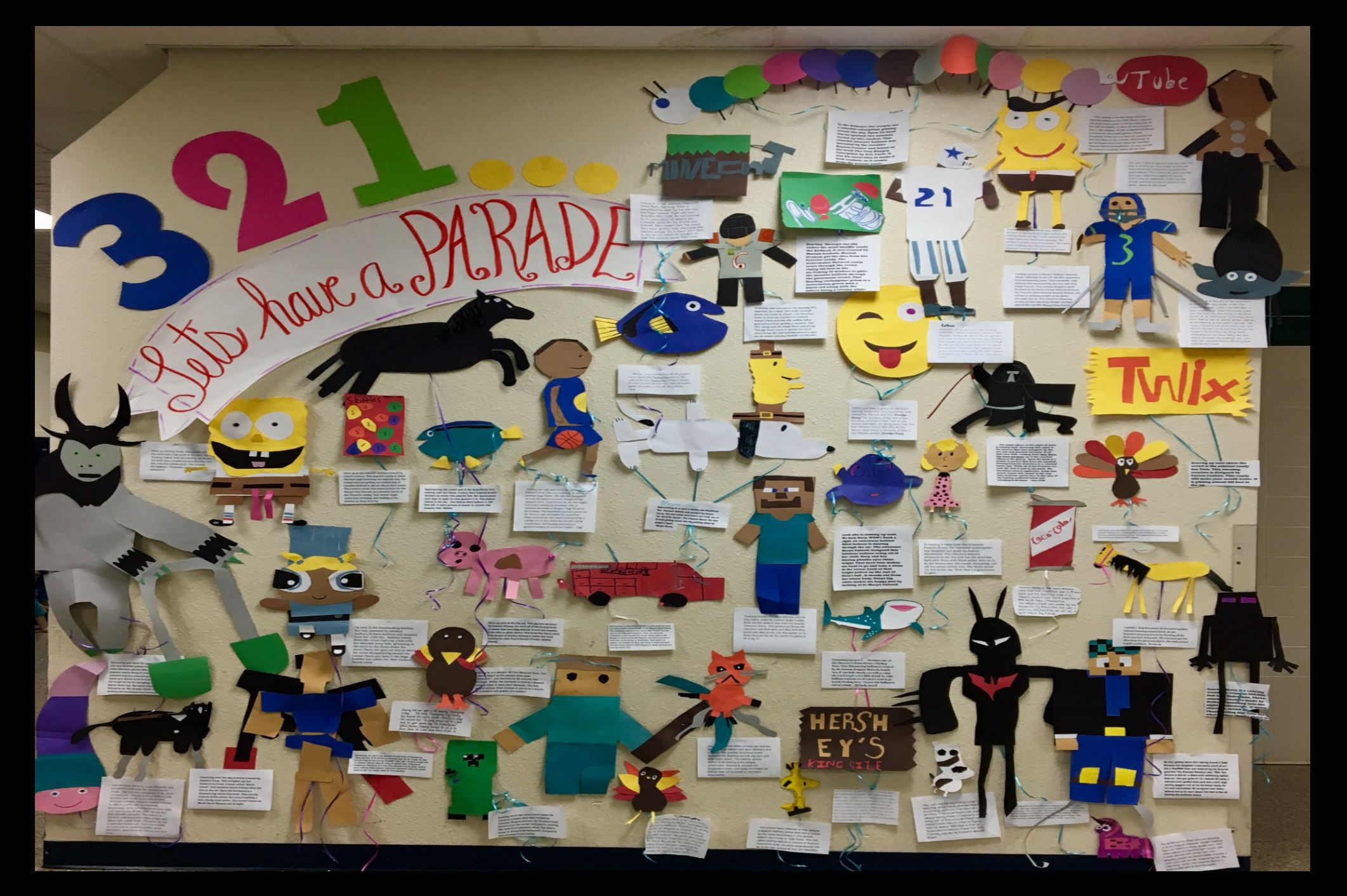 DON'T MISS OUT ON THIS FANTASTIC LESSON THIS NOVEMBER!

I have shared with many of you in my workshops, the Macy’s Thanksgiving Day Parade activity that I do. Here it is, all in one place for you to find! Be sure to share your samples with us!! Love to Write and Read All Day 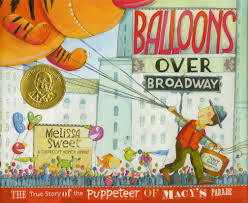 The lesson is a narrative elaborative detail writing activity with a special focus on the commentating by the parade hosts. This lesson uses the book Balloons over Broadway: The True Story of the Puppeteer of Macy’s Parade by Melissa Sweet along with YouTube videos of the Macy’s Thanksgiving Day Parade.

After sharing the book and video, be sure to MODEL your sample with the help of the students to create an elaborative segment using a photo of a balloon from the Macy’s Parade. This sample is written from the perspective of the host of the parade. The students will then create their own balloon and write an elaborative paragraph about their creation as if they were the commentating host.

Here’s what you’ll do:

Making his annual pilgrimage is the highly acclaimed _________.

MODELED SAMPLE: (based on the troll balloons from the 2017 parade)

Making their way slowly down 34th St. and new to the parade route this year are the highly acclaimed trolls from the Trolls movie. Clinging to the brightly colored caterpillar bus, the trolls glide among the crowd, looking slightly nervous to be so high in the sky. Poppy is sporting her floral headband to tame her mop of fuchsia hair, while Branch is decked out in his usual patchwork pants. Guy Diamond is trailing behind, his shiny teeth smiling brightly.

5. After completing the MODELED SAMPLE, have the students use construction/craft paper to design their own parade balloon. Encourage them to create large replicas that they could later be used as part of a school parade. Once the balloons are complete, tie string or yarn to the samples, representing the strings seen on the parade route.

6. Have the students write their own commentated paragraph describing their balloon as if they were hosting the parade.

Have the students parade through the school (or down the hall),  displaying their balloon creations. As they pass other classroom doors, let them read their paragraphs to the students in the class.

Here are my modeled posters that students used in my class! All of the sentence starters came from words or phrases we heard when listening to the parade video from last year. 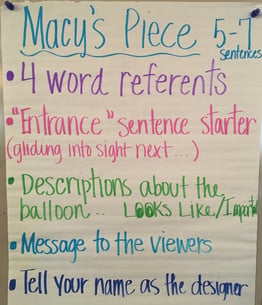 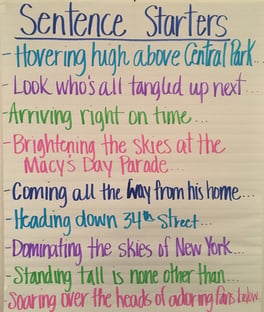 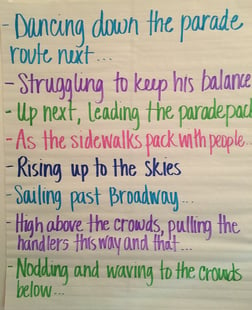 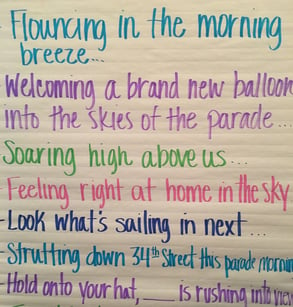 4th Grade Student Sample: Find other samples coming to my FB group Love to Write and Read All Day. 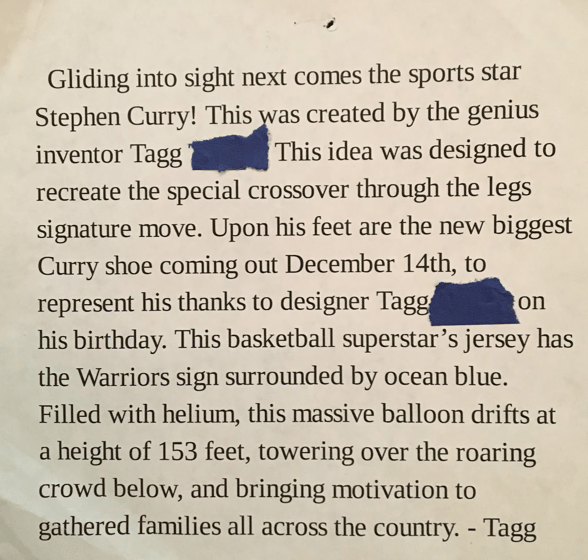 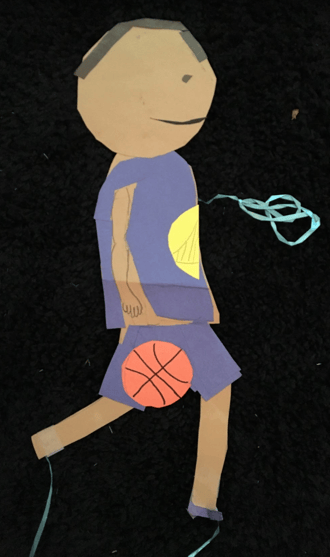 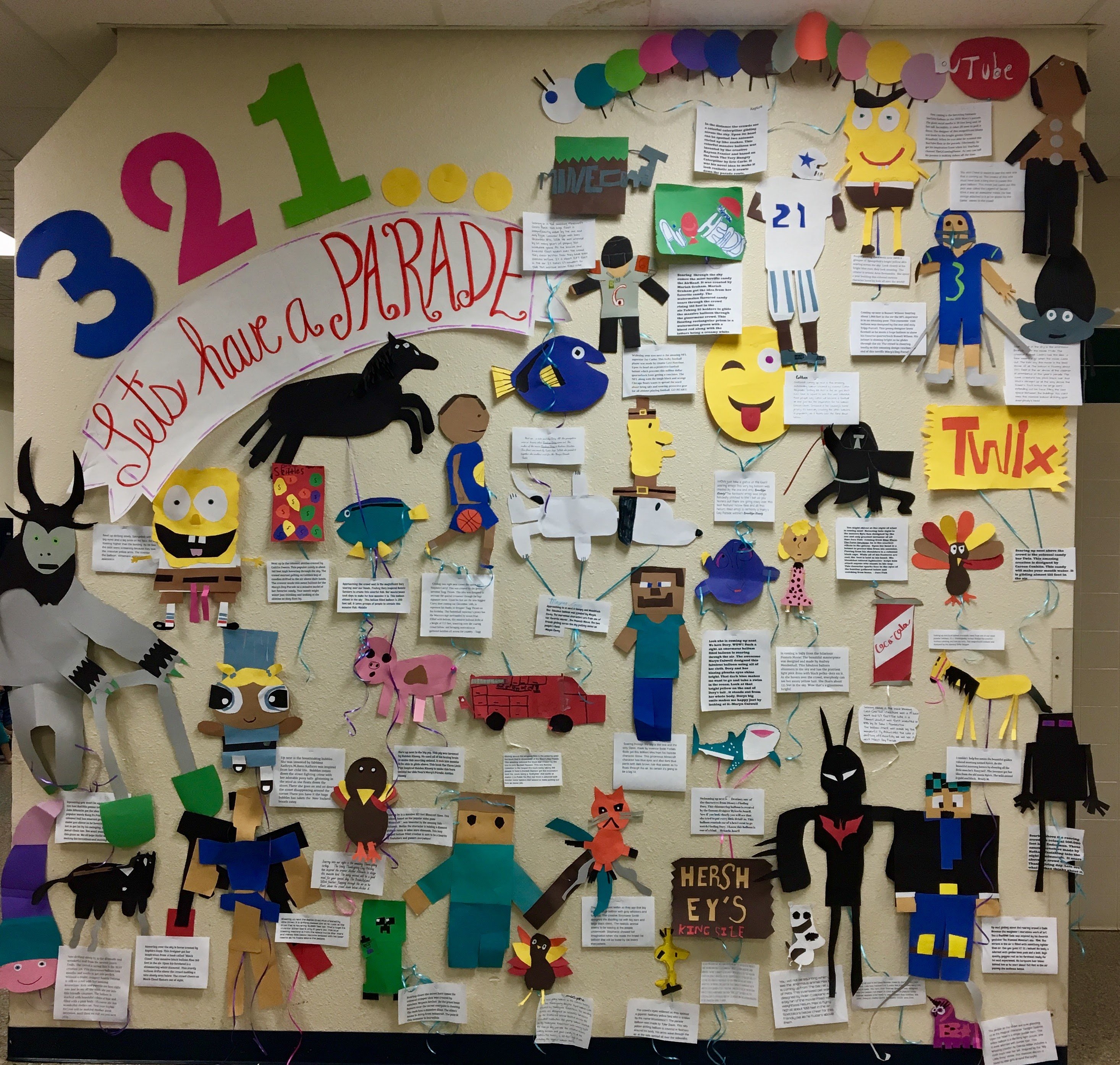 Previous Post
← Informational Sentences: All About Spiders
Next Post
Welcome to Love to Write and Read All-Day by Kylene Reed →

These Posts on Narrative Writing

Stretching Out the Main Event Lesson and Student Sample

Let us know what you think